File Under "Taken in Vain"

A stray moment finds me on YouTube. Across the top I see "Imitation of Christ Feature."

Ah, no. A fashon show with goth models walking over bones ("road-kill looking") and texting on their phones. And crosses in the background.

Not to, um, stifle anyone's creativity, but "Distortion of Christ" is a little more appropriate.

In a free country, anyone can abuse Christ's name. Sad, but I won't riot or threaten anyone with death. (If we Christians are anything, it's predictable.)

Excellent in every respect. I recommend it very highly.

Different things stand out to different people. Here's what stood out to me.

William Wilberforce, early on, stands up in Britain's House of Commons and speaks. He knows he'll make everybody there furious with him. He knows they'll shout him down. And they do. I envy that courage.

Update: Wow. Coincidence or Providence? "On March 25, 1807, two hundreds years ago today, Parliament passed An Act for the Abolition of the Slave Trade."

A fascinating up-close look at the far left. If all you read were the media reports, you owe it to yourself to read this.

If you have more time and interest than I do, check out parts one, two and three.

United Press International Defense Correspondent Pamela Hess (no raving neo-con) describes what she saw in Iraq. Worth your time to watch, but beware: she describes some pretty horrific violence.

Some of what she says...

I don't think Americans understand the incredible savagery and the violence that American military officers are seeing every day over there and ... I think that is really centrally the key to why they're so confident and so determined and so optimistic.

One officer, Captain Matt Tracey, ... said ... "Every morning I wake up and I feel like I'm pushing a little girl out of the way of a bus. And I pick her up and I bring her to the other side of the road, and I've saved that little girl." He said, "Every day I feel like that." And, in fact, that is what's happening there. ...

It's real evil, and that's a hard word I think for people here to hear, ... but I'm just not sure ... what other word there can be for people who are shooting kids in the face.

There were a whole class of people there who are professionally violent, who worked for Saddam Hussein. ...

She gets choked up and says, "this is very unprofessional..." No apology necessary. I'm glad she cares enough about civilization over barbarity.

Keep in mind that what she's describing is really Saddam's brand of Stalinism: systematic, brutal oppression. He perpetrated it for decades, with hundreds of thousands dying with no voice. 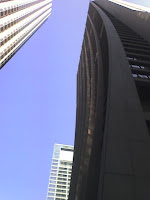 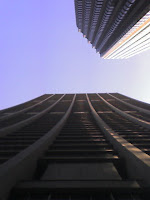 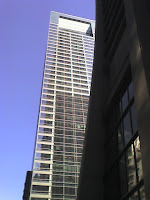 Hats off to Penn and Teller for this excellent piece. They gather signatures to ban "dihydrogen monoxide." That is, water.

In their own words...

Is passion supposed to replace common sense? We understand the desire to join up and do something important ... but you gotta spend a couple minutes to find out if you're really saving the world and not just being herded around...

Man there were a lot of people who signed the petition. ... we're talking hundreds. Even the head organizer of this rally signed this petition eagerly.

We set these folks up. But it does show that maybe they're not so much environmentalists as they are joiners...of anything.

What a great lesson in looking closer and thinking harder.

This mindset is everywhere. By neglecting to look closer, to gain your own basic understanding, you begin to treat science like a religion (particularly your "sect"), and scientists like high priests.

I believe that the common person can and must understand his/her world, at least well enough to avoid being herded like cattle. You don't need a Ph.D., just an inquistive mind, a little healthy skepticism, and the guts to ask a few pointed questions to apparent experts.

Fortunately this time it's just a little humiliation.

This political profiling study was quoted by NYT's Paul Krugman:

Data* indicate that the offices of the U.S. Attorneys across the nation investigate seven (7) times as many Democratic officials as they investigate Republican officials, a number that exceeds even the racial profiling of African Americans in traffic stops. ...The current Bush Republican Administration appears to be the first to have engaged in political profiling.

To which Tom Maguire replies:

Well, if you don't even look at data from earlier Administrations you aren't likely to find anything, now are you?

Good point. The study's authors didn't study other administrations, yet claim "The current Bush Republican Administration appears to be the first to have engaged in political profiling."

Just a few Google searches found several instances of Republican elected officials who were investigated by the Department of Justice but which were not included in the authors' data set. ...

These omissions are a result of one or more types of statistical bias. The theoretical biases were obvious simply from reading the paper. The concrete examples prove that the study is worthless. Just that quick sample increased the number of Republican officials and candidates investigated by the Bush Administration by about 10%. ...

When an hour of Google searching can increase a crucial data point in a 6-year-long study by 10%, the authors should be deeply embarrassed.

[J]ust from a glance at their data and only their data, the "bias" they claim exists is simply not present in federal investigations of federal and state-wide elected officials, where the "count" is what you would expect from random selection by party numbers. So the "overweighting" of Dem officials "investigated" is limited ENTIRELY to the data on municipal/county officials. No such bias is shown in the federal/statewide data offered by the authors. NONE.

I'd also be interested to look closer at what kicks off an investigation.

Via Pat Dollard via Instapundit