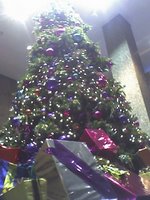 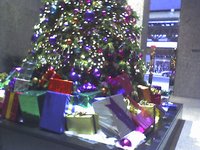 A downtown Christmas tree. Somewhere near Monroe and Wabash, I think. A number of buildings have them.

The distinctive metal-work and design of the Carson Pirie Scott building at State and Madison. 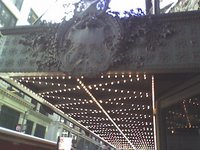 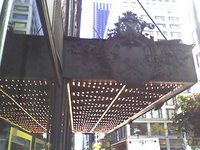 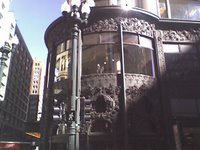 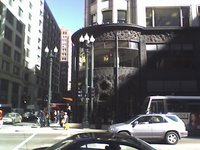 Good news in battling AIDS in Africa through the "Pepfar" program...

Before President Bush started his signature HIV program, the people at Hope Center would have died within a few years because the drugs were either too expensive, unavailable or doctors didn't know how to prescribe them. Since 2003, the number of Kenyans on antiretrovirals provided by the U.S. has risen from 343 to 70,000, providing them with a chance to work, raise their children and fight the epidemic.

The U.S. program known as the President's Emergency Plan for AIDS Relief "was a new experience and in Kenya it expands quickly and strongly, it was beyond the expectation of anyone," said Dr. Aida Samir, chief executive officer at the missionary hospital.

As the article shows, there's always more to do (and complain about). Too bad it hasn't gotten more publicity.