Bumper-sticker of the day:

Buckle up: it makes it harder for the aliens to suck you out of your car.

CONTRARY to White House propaganda, it was never the intent of a growing number of Capitol Hill lawmakers to allow the USA Patriot Act to expire at the end of this year.

Never the intent of a growing number? So some lawmakers had the intent, then never had the intent? It's one thing to change one's mind, but changing it retroactively to never?

The blogosphere is riddled with typos and grammatical mistakes, so I want to be forgiving (realizing I live in a glass house). But where's the typo? Drop growing? Change it was never to it isn't? Each seems very deliberately included.

Quoting specific senators, on the record when the Patriot Act was first passed, would be the most enlightening, but the author doesn't treat us to this.

I'm reading (slowly) Linda Chavez' excellent book, Betrayal: How Union Bosses Shake Down Their Members and Corrupt American Politics. (Though a well-researched book, the endless stories of mob links and corruption didn't hold my attention as well as I thought it would.)

Unions are ostensibly about helping the common worker get his share of corporate profits. But with public unions there are no corporate profits: the government doesn't make a profit. Further, government services (like transportation, police and fire) are monopolies to better serve the public, but unions abuse that position (as in this case). According to Chavez, public employee unions increase these public service disruptions.

NYC's Mayor Bloomberg: "[The union] shamefully decided they don't care about the people they work for, and they have no respect for the law. Their leadership thuggishly turned its back on New York City."

As Fox News contributor Mort Kondrake pointed out, this strike is primarily hurting other working-class people, including members of other unions.

What grievance is so serious they must strike? A lack of "respect"? Oh, and more money of course.

Bumper-sticker of the day:

Be nice to nerds: chances are you'll wind up working for one. 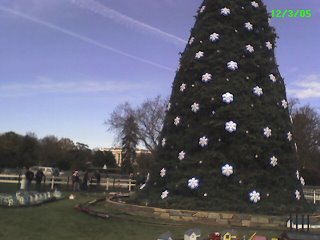 "You are fettered," said Scrooge, trembling. "Tell me why?"

"Or would you know," pursued the Ghost, "the weight and length of the strong coil you bear yourself? It was full as heavy and as long as this, seven Christmas Eves ago. You have laboured on it, since. It is a ponderous chain!"
...
"Oh! captive, bound, and double-ironed," cried the phantom, "not to know, that ages of incessant labour by immortal creatures, for this earth must pass into eternity before the good of which it is susceptible is all developed. Not to know that any Christian spirit working kindly in its little sphere, whatever it may be, will find its mortal life too short for its vast means of usefulness. Not to know that no space of regret can make amends for one life's opportunity misused! Yet such was I! Oh! such was I!"

"But you were always a good man of business, Jacob," faltered Scrooge, who now began to apply this to himself.

It held up its chain at arm's length, as if that were the cause of all its unavailing grief, and flung it heavily upon the ground again.

"At this time of the rolling year," the spectre said, "I suffer most. Why did I walk through crowds of fellow-beings with my eyes turned down, and never raise them to that blessed Star which led the Wise Men to a poor abode! Were there no poor homes to which its light would have conducted me!"

..."I am here to-night to warn you, that you have yet a chance and hope of escaping my fate."

Thanks to Dan Trabue for the idea. Though we can't stand each other's politics, I appreciate the way he adds pictures. 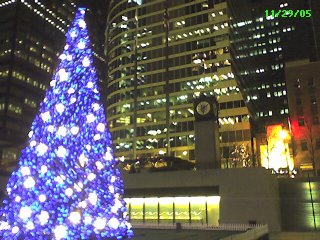 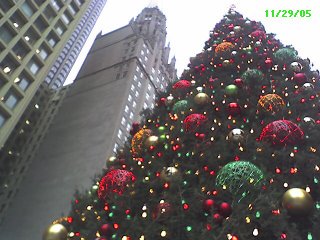 A different tree, even bigger. Day and night. 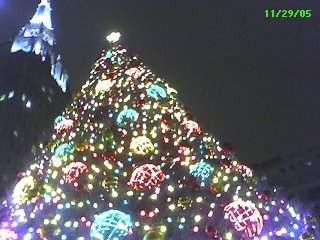